For our second participation in the 2019 E-Commerce Trophies, Incremys wins Gold in the “ECommerce” category 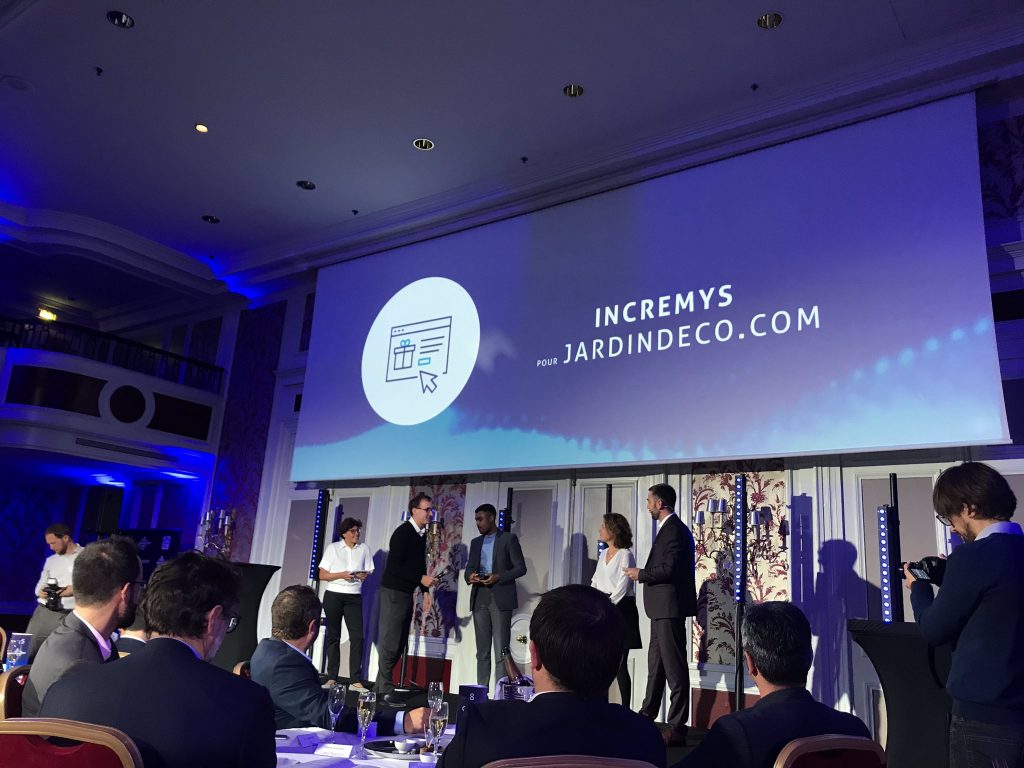 “ We are pleased to announce that the Incremys teams have been rewarded as part of the 2019 E-Commerce Trophies thanks to the results we obtained on the jardindeco.com website”

• For 2.5 years, a steady decline in organic traffic reaching a cumulative -60%
• Income declining and a risky activity
• Interventions by agencies that are costly but quite incapable of reversing the trend

• The application of the recommendations of the semantic audit module Incremys

The interior and exterior decoration specialist, faced with a sluggish business for several years, uses Incremys to turn around its business and increase its online sales.

« Incremys provided us with the effective answers to quickly raise the bar. Organic traffic plummeted, and our turnover with it. The ultra-responsiveness of the teams got us out of the impasse, the figures speak for themselves. »

Launched in 2007, JardinDeco is an E-Retailer specializing in interior and exterior decoration and furnishings. Its merchant site as an exclusive sales channel, the company offers a varied product offer, through a rich catalog of more than 15,000 references. The teams scour trade fairs and the specialist press to keep abreast of the latest trends in order to unearth the flagship products of the moment and offer individuals the best decoration advice and tips for their living spaces.

Since the beginning of 2017, JardinDeco has been experiencing a loss of speed in its online activity. The site’s organic traffic continued to deteriorate without the teams managing to find a solution. This situation was problematic for this organization whose only sales channel is its E-commerce activity. The recommendations made by an agency initially commissioned had no impact on the performance of the site, which continued to deteriorate until May 2019. JardinDeco needed to quickly remedy this problem, which was jeopardizing its organization.

Following an appointment with the Incremys team. JardinDeco was able to benefit from the company’s SEO expertise and SaaS technology to quickly find a solution to this unexplained drop in traffic.

Online sales being the company’s only sales channel, the performance of the JardinDeco site must be optimal in all circumstances. All Internet users carrying out research related to the interior and exterior decoration and furnishing of the house must be able to consult the offer proposed by JardinDeco. The objective is to attract qualified customers and generate clicks in order to be able to observe effective results with complete objectivity.

To regain its lost market share, JardinDeco had to regain control of its SEO investments and identify the origin of this continuous drop in traffic to its site. With this in mind, it was necessary to find a trusted partner, capable of addressing all questions in complete transparency. Following several recommendations from a service provider that proved to be ineffective, JardinDeco called on Incremys. Thanks to Incremys technology, JardinDeco has identified the root causes of the drop in traffic to its site. The semantic audit module provided the best recommendations to the company so that its site could gain significant market share in Google results and increase its turnover.

Collaborate quickly and well with an expert service provider

Thanks to Incremys, the JardinDeco teams got real answers to their questions with relevant point-by-point explanations. This allowed the company to better understand the issues to be addressed, in order to be able to react without delay and in complete confidence to the drop in organic traffic on the site.

Incremys technology was able to prioritize the profitable actions to be implemented to deal with the emergency, and JardinDeco immediately implemented the indicated solutions. This responsiveness on the client side and on the service provider side was extremely beneficial to the results observed subsequently.

The collaboration between Incremys and JardinDeco began in May 2019. Following the implementation of the Semantic Audit module, JardinDeco was able to quickly access the recommendations of the Incremys technology and implement them the following month.

The results were not long in coming. From the month of July, the organic traffic of the JardinDeco site had exploded. The number of keywords on which the domain was positioned had doubled, with the added bonus of 40% of these words in the top 3 of Google results.

Ultimate measure of traffic quality assessment: conversion rate. Over the period from July to August 2019, JardinDeco recorded + 50% of transactions on its merchant site compared to the year 2018. All these indicators are ultimately reflected in a very concrete way on the company’s turnover: JardinDeco earns 25% of income from one year to another over the summer period. The return on investment is considerable.

Following this fanfare start, JardinDeco continues its collaboration with Incremys by using the Semantic Audit module to continue its ascent towards even more breathtaking results! 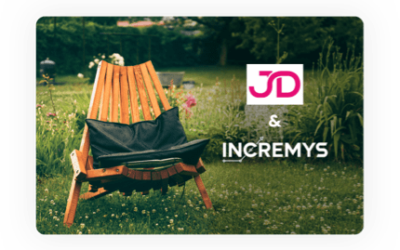 How did Incremys help the online retailer Jardindeco increase its turnover tenfold by using its 360° unique working method?

END_OF_DOCUMENT_TOKEN_TO_BE_REPLACED

You can find out more about which cookies we are using or switch them off in settings.

This website uses cookies so that we can provide you with the best user experience possible. Cookie information is stored in your browser and performs functions such as recognising you when you return to our website and helping our team to understand which sections of the website you find most interesting and useful.

Strictly Necessary Cookie should be enabled at all times so that we can save your preferences for cookie settings.

This website uses Google Analytics to collect anonymous information such as the number of visitors to the site, and the most popular pages.

Please enable Strictly Necessary Cookies first so that we can save your preferences!